Language Lessons for Everyone Involved in the Haitian Migrants' Crisis on the Border: Communication is the Key...

Some Haitian migrants left Haiti by walking, catching a tap tab or taxi, and traveling by bus to DR where they caught a flight to Panama. From Panama, they traveled to Ecuador, Peru, Bolivia and Brasil. Some of them were granted a work permit to work in Brasil. That was when Brasil's economy was great. Brasil did not have the current political upheaval. President Dilma Rousseff and Zika were not making headlines yet. People were talking about getting ready for the 2016 Olympic games. Once the economy started slowing down, Haitian migrants lost their job. They were ready to travel again through Central America and Mexico. This time, they were heading back to Tijuana at the San Ysidro Port of Entry, the largest land border between Mexico, Tijuana and San Diego.

Staff at La Casa de Migrante in Tijuana said they have opened the door and the floor so migrants can have a space to stay and sleep.

This series of podcast lessons will help everyone, social workers, authorities, church directors and pastors, and local officials.

Kowosòl – Guanábana (Spanish) – Soursop (Graviola – Brazilian Portuguese; Corossol – French; Anona reticulata – European Portuguese; bullocks’ heart, bulls’ heart, cœur de boeuf – Democratic Republic of Congo; Brazilian Pawpaw – Filipino). Some people state it is used for cancer treatment. However, there is no credible scientific evidence showing that Anona muricata or Graviola is a cancer cure according to the Federal Trade Commission in the US.

Kayimit – Cainito / caimito / estrella – Star apple in Jamaica or milk fruit (Pomme de lait in French), known as bobi wata or breast Milk fruit in Sierra Leone; Odara in Nigeria. Infusion of the leaves has been used against diabetes (tansyon) and rheumatism. It is a delicious fruit that can serve as dessert. The Cainito leaves have two colors, green and gold. They refer to people with two faces as hypocrites, two-faced people. Well-known aphrodisiac! 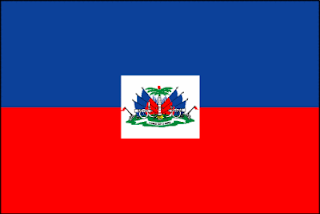 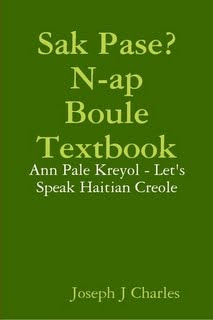 HaitianCreoleMP3 Now: Learn Kréyòl in No Time and on the Go: Free Haitian Creole App News

Subscribe to RSS headline updates from:
Powered by FeedBurner

Find out how you can do it at World Wide Haitian Creole Classes via Skype Call or Video.

If you want dialogues and/or conversations via Skype, go to WorldWideHaitianCreoleClasses to sign up for Haitian Creole via Skype Call or Video, FaceTime etc.


Select a session and Pay for it there

2. If you want to have access to Online MP3 Creole Lessons. Click on this link. This is only for acces to MP3 Lessons

This is only good for Access to Pre-loaded MP3 Lessons related to Sa-K Pase? N-ap Boule Textbook. 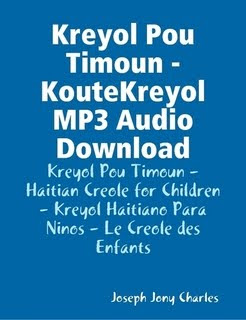